Gonz Sanchez publishes Seedtable, a weekly newsletter where he writes about the culture edges of European tech. For this issue of the Letterlist interview series, Gonz talks newsletter growth, business models, entrepreneurial bottlenecks, using Roam to manage a newsletter, and Gresham’s Law for Talent – his take on the forces that drive successful teams. 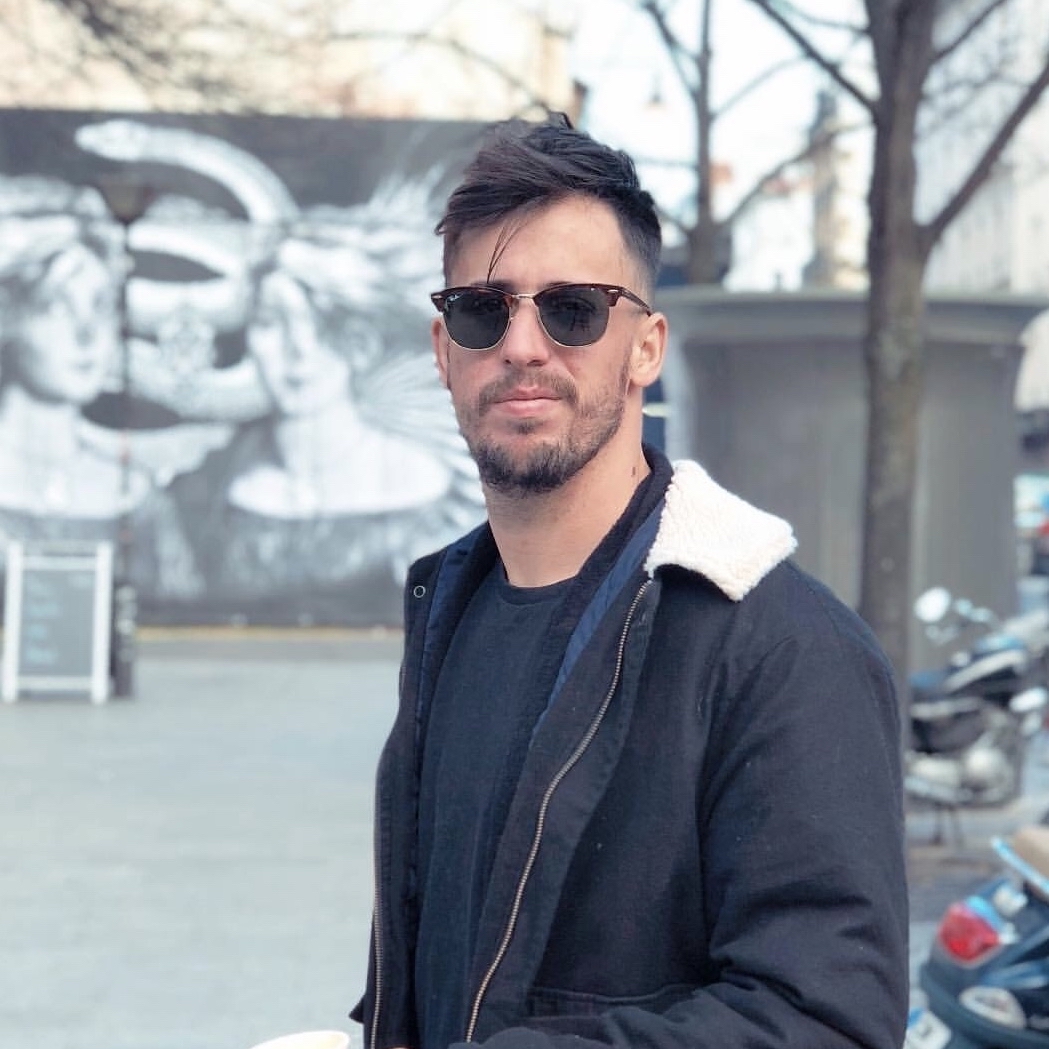 Tell me about you, Gonz. Where are you? Where did you grow up?

I grew up in Córdoba, a medium-sized city in Argentina.

I started my “career in high-school” doing direct marketing stuff, building and selling small websites. Then I did the typical thing and moved on to college, where I studied architecture and economics but ended up dropping out when my first startup (a DTC brand back when DTC wasn’t cool) got funded.

After a couple of rocky years, I sold my shares to my partners and moved to Cincinnati, Ohio to work on another startup. That business ended up failing but put me on the path that I’m today – doing growth for tech startups.

Now I have a full-time job as Head of Growth at a USV-back company called Jobbatical and run Seedtable on nights and weekends.

How did Seedtable come about?

I was living in Paris but I had to deal with some personal stuff in Argentina for a couple of months. I missed Europe. I missed the tech community over there so one day I just decided I would start a newsletter as a way to stay in touch.

At first, it was me and a few friends. Then a piece titled Spotify Goes Wild – on why Spotify is not Netflix but Adsense – got some traction and that gave me the momentum to keep going.

How many subscribers do you have, right now? What have you done to grow the audience? What worked? what didn’t?

I have about 12,000 subscribers and close to 70,000 people visit my site every month so it’s not huge but it’s pretty decent for a one-man show.

I ran growth for bunch companies before starting Seedtable, so thinking about growing the newsletter was the fun part.

The first step for me was having the right foundation. You have to right interesting stuff otherwise people will unsubscribe at the same rate they subscribe. With that taken care of, Growth comes, primarily, from two channels: word of mouth and SEO.

Friends referring to friends has played a significant role but it’s something I haven’t spent too much time on. I spend a lot of time writing every week, so I’m stoked to see people appreciate it.

But SEO is something you can definitely work on.

The first step for me was the domain. Every now and then I scour domain auction. I saw the seedtable.com domain looked decent, plugged it into Ahrefs and realized that it used to be a database for tech investors AND had links from top tech publications.

Jackpot. I spent $400 on it, which is quite pricey for a regular guy, but it has paid off multiple times.

The second step was coming up with content. I knew how well lists and rankings do in Google when done correctly so I started putting together a bunch of pages ranking the best startups in top European cities. Now I have rankings for 110+ cities across 40+ countries.

Extremely boring, but extremely effective. Now some news sites are copying the strategy, which is a fun challenge, but I take it. I’m a Growth guy and I don’t own the “lists” idea.

I’m obsessed with other peoples’ process – how does Seedtable come together? What’s your workflow? What tools do you use? Who else is involved?

Oh man, I’m obsessed about this as well so I’m going to try to be thorough.

The Seedtable process has iterated a bunch of times (and will keep changing) but for the past 3-4 months, I’ve settled on one that works wonderfully.

It all starts with this tool called Roam. Roam acts as my personal knowledge base, CRM, task manager and more. The whole key of Roam is bidirectional linking.

What do I mean by that?

I’ve been taking notes of the books and articles I read for a few years now (although not religiously) and my main problem has always been filing them in the right place.

Let’s say I’m reading The Power Broker by Robert Caro and I have a great anecdote on Robert Moses being resourceful that I might want to save for later.

When using Evernote and physical flashcards (my old setup) I had to figure out where to file that “quote”. Under Robert Moses? Under The Power Broker? Under ‘resourcefulness’? Under New York? Under ‘power’?

With Roam I can file my note everywhere and the tool will resurface it for me when and where I need it the most.

So here’s my rough process.

First, I define a topic. I’m very active on Twitter and read European tech news every single day. So whenever I have an idea, I file it in Roam under the tag [[Seedtable #X]].

Second, I define an outline. After I define a new topic, I kick off a new Roam page by typing something like [[Seedtable #75]] and go straight into it.

There’s this concept from David Perrell called “writing from abundance” which means essentially “never start with a blank page.” and I never do,

I have a template that I re-use every week that has headers for an intro, the main piece, other links and everything I need. So it’s mostly filling the blanks.

I start the outline defining something that happened in Europe this week (i.e. Spotify earnings) and what I initially think about it.

Then I stress test my thinking, and here’s where Roam comes in.

I then add a bunch of tags that could be topics, pieces of content or people who might have something to do with what I’m writing about (i.e. #Audio #Platforms #[[Ben Thompson]] #[[Brett Vivens]]).

This allows me to just pull my notes and start stumbling into quotes, thoughts, notes, articles, etc. that I should look into.

I start mixing those notes with my outline and exploring other angles. Usually, I end up going through a bunch of rabbit holes that challenge what I initially thought about the topic.

The third and final step is writing. I put on some jazz or The Blaze, grab a coffee and start writing and connecting the different sections. But this is the easy part. Most of the heavy lifting has been done.

Somebody described you as a European Ben Thompson. Is that a good comparison? What’s your ‘aggregation theory’?

You are really putting me into a corner, huh? The thing about being compared to Ben Thompson is that you don’t get to underpromise and overdeliver.

Ben Thompson is the gold standard so when someone compares you to him, they are setting the bar very, very high. But that’s OK. I rather aim for an astronomically high bar and fail than be mediocre and hit every time.

That said, he is orders of magnitude better than I am by any measure – insightfulness, relevance and number of subscribers.
BUT since you are asking, my aggregation theory would be Gresham’s Law for Talent.

Gresham’s Law is this mental model named after Sir John Gresham, a 16th-century financier who observed in a letter to Queen Elizabeth “that good and bad coin cannot circulate together”.

Gresham’s Law for Talent Markets states that Good and Bad Talent cannot circulate together. Talent, unlike a coin, has feelings, aspirations, goals, and dreams.

Good Talent wants to circulate with Good Talent. In time, if Good Talent is hoarded somewhere else, Bad Talent will be given more movement and circulation within the Talent Market.

As more and more Bad Talent starts to circulate within a market, companies will start hiring that Bad Talent, mostly because this is the only currency being traded. If Bad Talent is rewarded with a job and power, word will go out and Good Talent will move while Bad Talent will gravitate towards whatever they can get.

Essentially, what I’m trying to say is: hire Good Talent or you are fucked. And in hindsight, it’s obvious. But I was surprised no one articulated it that way before.

What is it about email newsletters that makes them so enduring? How do you see email publishing playing out over the next 3-5 years?

Great question. It all comes down to incentives.

The problem with traditional media is that their incentive is not to write the best content, but to write whatever gets the most clicks and page views.With email newsletters, the incentives of the writer are strictly aligned with the audience. As a subscriber, you can say ‘Write good stuff or I’ll unsubscribe’ so as I writer, you have to write good stuff.

The cool thing about the internet is that there’s always someone as weird as you are so you can build an audience around anything. Newsletters are great for that.

I believe that we’ll see millions of newsletters being created around millions of topics but as with blogs a decade ago, many will fade because writing consistently is really fucking hard.

How did you arrive at the business model for Seedtable? Is the paid subscription method working for you? Anyone bought the €1000 lifetime option?

Slowly, but surely. It’s a relentless grind, but I enjoy that. I saw this tweet about Gumroad making $X in their first month. And I’m making more than that so I’m happy. It’s not life-changing but Seedtable definitely pays rent.

A couple of folks bought the discounted version. One is a very good friend so it kind of doesn’t count. But I’m surprised at the number of people who go for the annual subscription. Over 55% of my subscribers which is a decent cash infusion.

Is the indie subscription model viable at scale? Can everyone do this?

Not EVERYONE, but many people can. More than you think.

First, let’s talk about the indie model. I think the problem will be over-saturation. We are starting to see this right now with Substack. People can’t pay $300/mo to join 10 newsletters so they’ll start being more selective.

On the writers’ side, we’ll start seeing prices go down, bundling multiple newsletters together and, sadly, quitters. As I said, it’s hard to stay consistent.

Second, let’s define scale. Are indie newsletters a venture-scale? Some might be able to build a VC-backable business using Substack as a platform, but for the majority of indie writers like me, the answer would be no.

What big idea would you love to work on if you had unlimited time and money?

I’m going to plagiarize my own writing and steal something directly from one of my previous editions.

Everyone has an unanswered question.

The City and the Stars, the wonderful novel by Arthur C. Clarke, takes place one billion years in the future, in the city of Diaspar. In Diaspar, the entire city is run by the Central Computer and as far as the people know, theirs is the only city left on the planet and the outside world is a terrifying, dangerous and obscure place.

But Alvin, the main character, is different. Instead of fearing the outside, he feels compelled to leave. His obsession with the question of what’s outside Diaspar leads him to an exciting quest and wonderful discoveries.

I won’t spoil you the book but like Alvin, I have a question of my own:
What are the biggest bottlenecks holding more people back from starting companies?

I’m starting to slowly realize that my life work will be understanding (and accelerating) the policy, cultural, or societal changes that can enable & encourage more people to start companies.

I’m lucky enough that it intersects with what I’m doing with Seedtable. 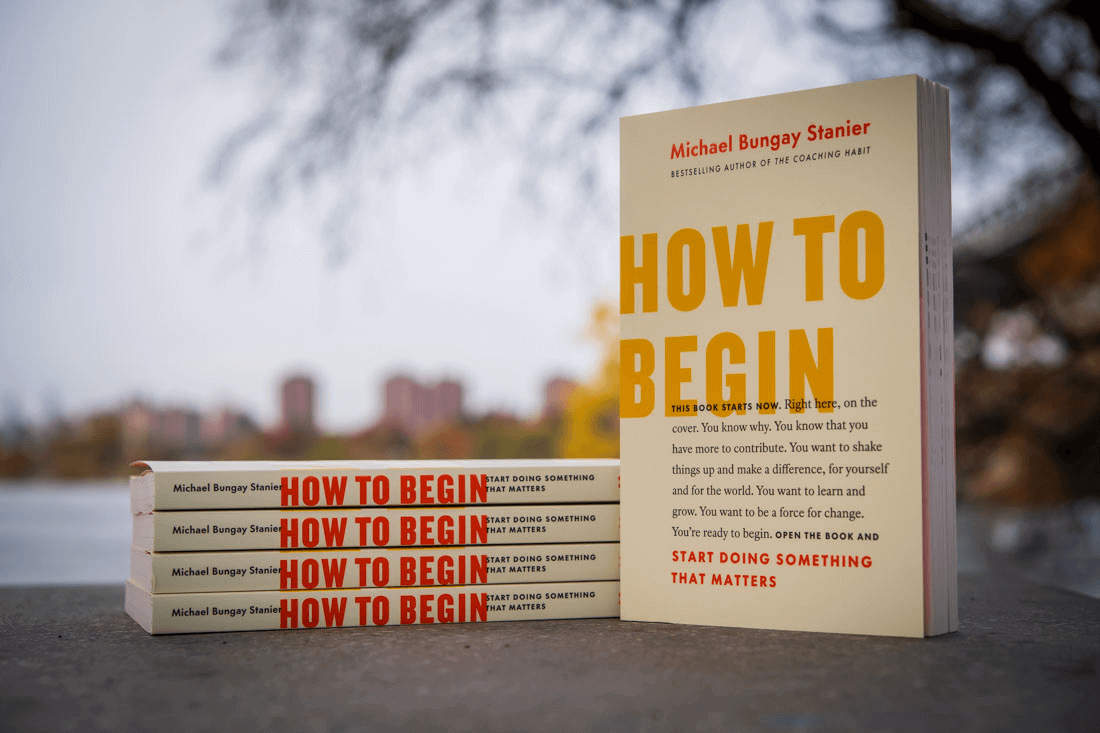 We unlock our greatness by working on the hard things. How to Begin shows you how ↗