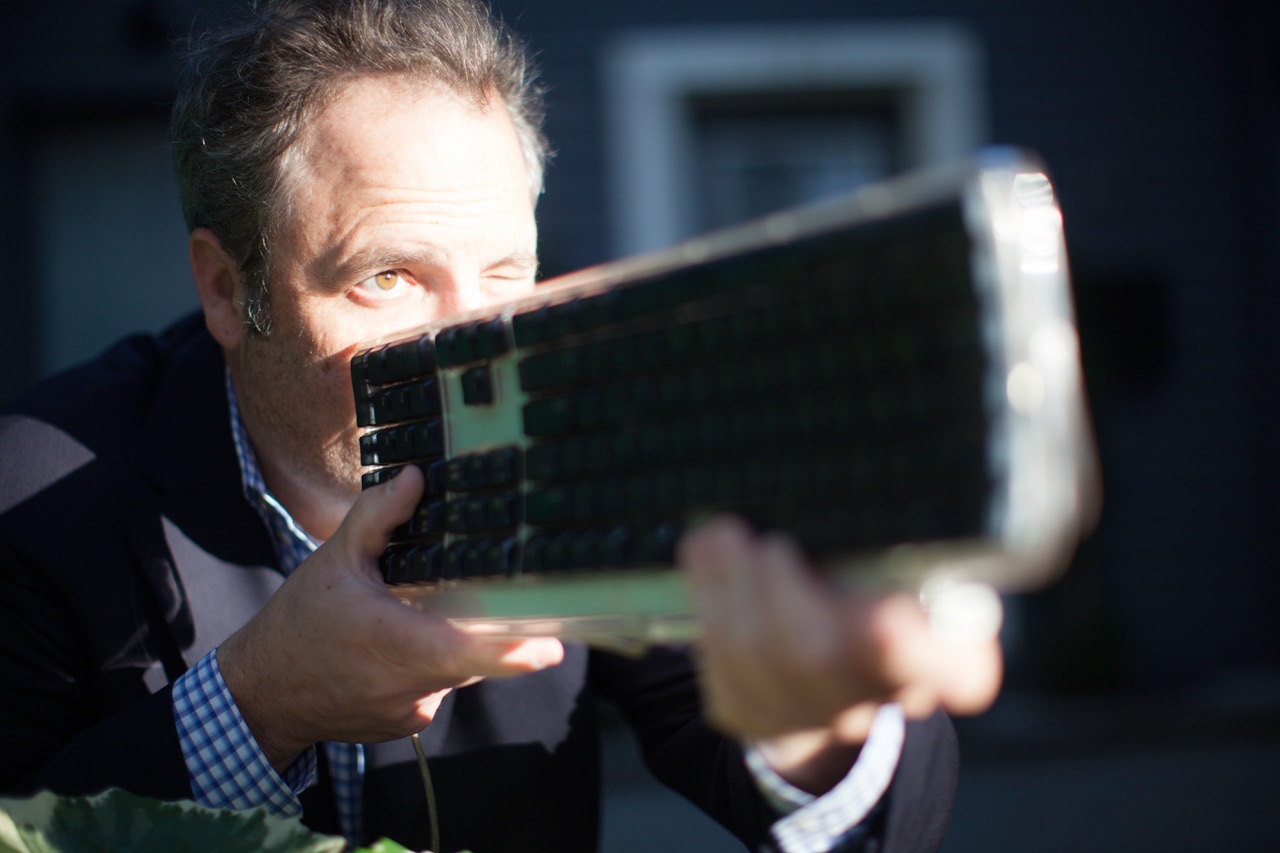 Dave Pell is the self-appointed Managing Editor of the Internet. Every morning he distils the day’s most interesting news, remixes it with a punchy wit, and delivers it to hundreds of thousands of curious NextDraft inboxes. Then he moves on to job #2 – investing in early-stage startups.

For this issue of the Letterlist interview series, Mr. Pell talks about the challenge of fake news, his inefficient workflows, and the over-reliance on tech to solve our problems.

Tell me about Dave. Where are you? Where did you grow up?

My worldwide headquarters in San Francisco. I grew up here in the Bay Area and returned after a few years living in NYC and Boston. Without giving out my exact vintage, I’ve already gone through my return-to-vinyl midlife crisis.

What else are you working on?

I spend the first half of the day writing. I spend the second half as the managing partner of Arba Seed Investment Group. I’ve been investing in tech startups since the early days of the web.

What’s the backstory behind NextDraft? How did end up becoming the Managing Editor of the Internet?

I’ve always been a writer. So, when I first started investing in startups, I’d send out a daily list of all the key tech stories of the day. I provided a quick summary, so the founders of the companies wouldn’t have to spend a lot of time following the industry news. Word got out about that newsletter, and it got pretty popular. After the internet bust, that newsletter basically became an obituary column. That, along with the fact that I’ve always been more interested in broader news topics, drove me to create NextDraft where I cover the day’s most fascinating news across a wide spectrum of topics.

How many subscribers do you have, right now? What have you done to grow the audience?

I have just over a hundred thousand subscribers to my email, plus users of the iPhone/iPad app, and my blog. NextDraft is also syndicated daily on Quartz.

From the outside, your writing is prolific and polished. How does it feel from the other side of the publish button.

I’ve been doing this for a long time. So at this point, it almost feels like my MacBook Air is an instrument that I’ve gotten pretty good at playing. My key writing goal is to remove all the words and details that come between my actual voice and what I’m writing. Over the past couple years, I’ve gotten a lot better at that. I want my voice to come through in my writing because, in the end, that’s the value-add in NextDraft. There are a lot of places to find news. Probably too many. I think of a NextDraft as a modern day column. It’s my version of the story of today.

5 years ago, you said ‘The next iteration of the web is going to be all about humans filtering information for each other. “Web 3.0: The Humans Strike Back.”’ Are we there yet? What were you wrong about?

I was right that this would be the era when the humans strike back. As far as I can tell, just about every algorithmically-driven news app has come and gone. What I didn’t predict was that there would be a new player on the battlefield. Fake news purveyors with an army of social media bots. This foe is a lot more formidable than AI news filtering services. And it’s not entirely clear that we can save the web from the combined scourge of fake news and hate speech. I think we will, but it really represents the key challenge of the consumer web.

The next iteration of the internet will likely see a more power in the hands of fewer massive tech companies. The indie web isn’t what it used to be. And neither is the startup market. Today, many of the big tech players are using their platforms as petri dishes to test which applications they should launch next. If Spotify gets big, Apple launches Apple Music. Startup investors are going to be more hesitant about backing companies that target consumers. We’re also at the early stages of a pretty significant backlash against these hyper-powerful tech players. Stay tuned.

So, you start the day with a zillion Safari tabs open. What happens between then and hitting publish? What tools do you use? Who else is involved?

My workflow hasn’t changed for years. I am highly inefficient, but also averse to change. Aside from Twitter, and Apple News (while in mobile mode), the web browser is still the only news gathering tool I use. I open about twenty tabs at a time. I scan them pretty quickly. I try to leverage the work of the managing editors at all the news sites, and the desktop version of news sites enables me to see which stories they think are important. As I’m going through the various news sites, the day’s key themes begin to emerge and I start adding pages to the Safari reading list.

After a couple hours of this, I stop browsing and start thinking about the day’s lead NextDraft story. Picking and writing that is the key part of the process for me. Aside from that, it’s just writing (into an app called BBEdit that was created pretty close to the time I was getting a ride to school in the back of my dad’s Oldsmobile).

I’m lucky to have a killer, totally custom WordPress publishing system that has been adapted to my workflow. When I’m ready, I paste my entire page of content into a single form and press publish. That pushes NextDraft to MailChimp (for email), to my blog, and to the NextDraft App. Andrew Norcross coded the publishing system, Bryan Bell handles design, and Chris Morris codes the app. These guys all work on ND as a freelance project and luckily, I don’t have to bother them much. The only person who really gets bothered a lot is my childhood friend Rob who proofreads blurbs, provides feedback, and makes sure the jokes work.

Can you describe your investment strategy? What was your most unexpected success?

I’ve been investing for a couple decades, so at this point, a lot of it is just based on instinct and a feeling. The main thing is always the people. I expect them all to succeed, so I’m only surprised on the downside (in that way, it’s like Trump news). GrubHub’s success wasn’t a surprise, but their level of success has been — especially their ability to successfully compete against over-funded startups and some of the internet’s biggest companies.

It feels like we’re in this exponential watershed in tech – AI, drones, AR/VR, EVs, autonomous transport. What’s overblown and what are we underestimating?

All of those are probably going to be pretty big. We’re overestimating the ability of tech to solve problems that tech created. I can’t sleep, so I need a sleep app? No, you need to turn your fucking phone off.

What’s the economic model for NextDraft? How can this scale for other indie publishers?

I’ve been remarkably fortunate to have great sponsors who underwrite NextDraft for quarters or years at a time. I’m not sure there are any lessons that are replicable, other than the idea that doing one-on-one sales is more effective than being part of a big ad network or something. I’ve always worked to find sponsors that my readers will like. No one has ever complained about an ad in NextDraft, but a lot of readers congratulate me when I get a new sponsor. NextDraft is not my main source of income, but I definitely make good money and it means a lot to get paid for my writing.

What is it about email newsletters that makes them so enduring?

In an era when everything is scrolling by in a never-ending stream, an email is always right where you left it. Email is the killer app. It always has been. The technology is great. What people hate about email is the content.

Coffee bar calibre brews in your kitchen. $5 Off for Letterlist readers.